About AutoMax Recruiting and Training

At AutoMax, we trust only the best staff to help train and recruit your best staff. Meet the team behind the magic of winning your dealership more business, and the most in-demand automotive staffing team in the nation. 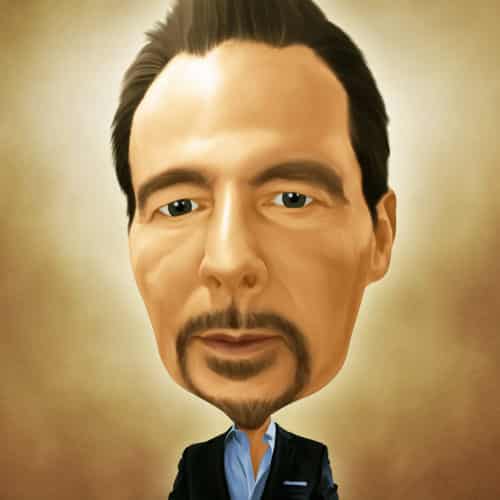 I have been in the automobile business for 44 years. I started washing cars, moved from parts and service to writer, sales, and finance. I worked through all management positions and worked as a consultant and trainer. As the founder of AutoMax Recruiting, the nation’s most-requested automotive recruitment and training company, we offer complete staffing solutions for every department in your dealership. Our goals are to affect the lives of others in a positive way: our dealers, the students we train, our trainers, and our employees. 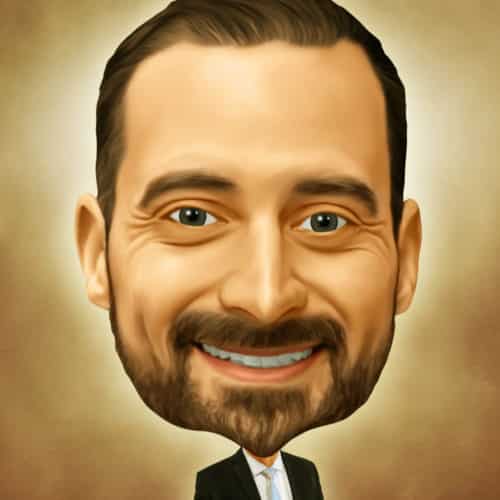 Joe has been a member of the AutoMax team for 13+ years. He started as an account representative and has worked his way up to his current position of operations director and minority owner. Joe was born and raised in Canton, OH and graduated from The University of Akron in 2005 with Cum Laude Undergraduate Degrees in Corporate Finance and Labor Economics. He has spent much of his life in or around car dealerships and knows the ins and outs of the Automotive Retail Industry. Joe is a proud husband and Father to 3 beautiful daughters and in his spare time is an avid fitness and nutrition enthusiast. He is also a fan of all sports (particularly all things Cleveland and Ohio State) and enjoys reading. If you have any questions regarding staffing needs of any kind you can contact Joe at jlockerd@automaxrecruiting.com. 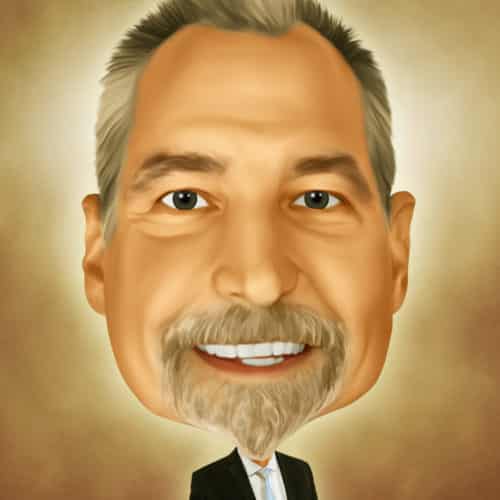 Ernie Kasprowicz, is a seasoned professional with first-hand retail automotive experience maintaining sales and leadership positions within automotive dealerships. His knowledge of the inner workings from sales to general management responsibilities provides a common bond with our clients and their needs. He began his career with AutoMax Recruiting and Training, LLC as one of two original recruiter/trainers and has gained a wealth of experience and knowledge in the staffing industry. He is a trusted resource for clients and a mentor to our trainers adding to the stability of the organization. He is privileged and proud to be a minority partner in the company with Craig Lockerd and Joe Lockerd. 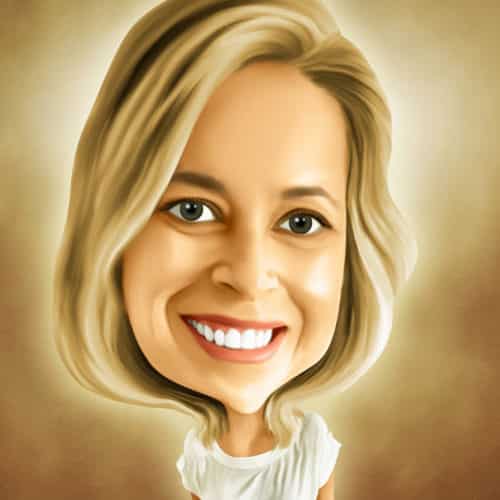 Danielle Burke is an executive recruiter with Automax. Very quick to make our clients "forever clients", Danielle works diligently to match the perfect candidate to every dealer's needs. Specializing in automotive management recruiting, Danielle loves talking to our dealers and getting to know them before each campaign begins to make sure she completely understands exactly what they're looking for.

Danielle has been with Automax since 2002 and helped with the creation and successful execution of Automax's Maxhire program, a more personalized hiring experience for our dealer clients. Danielle is a New Jersey native who now lives in sunny Florida with her husband, Ray, and their three boys, Jackson, RJ & Cash. She loves interior design, running, and making frequent trips to the beach and Disney World on the weekends. 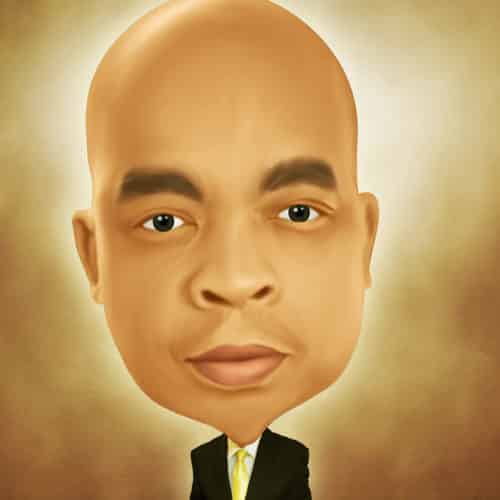 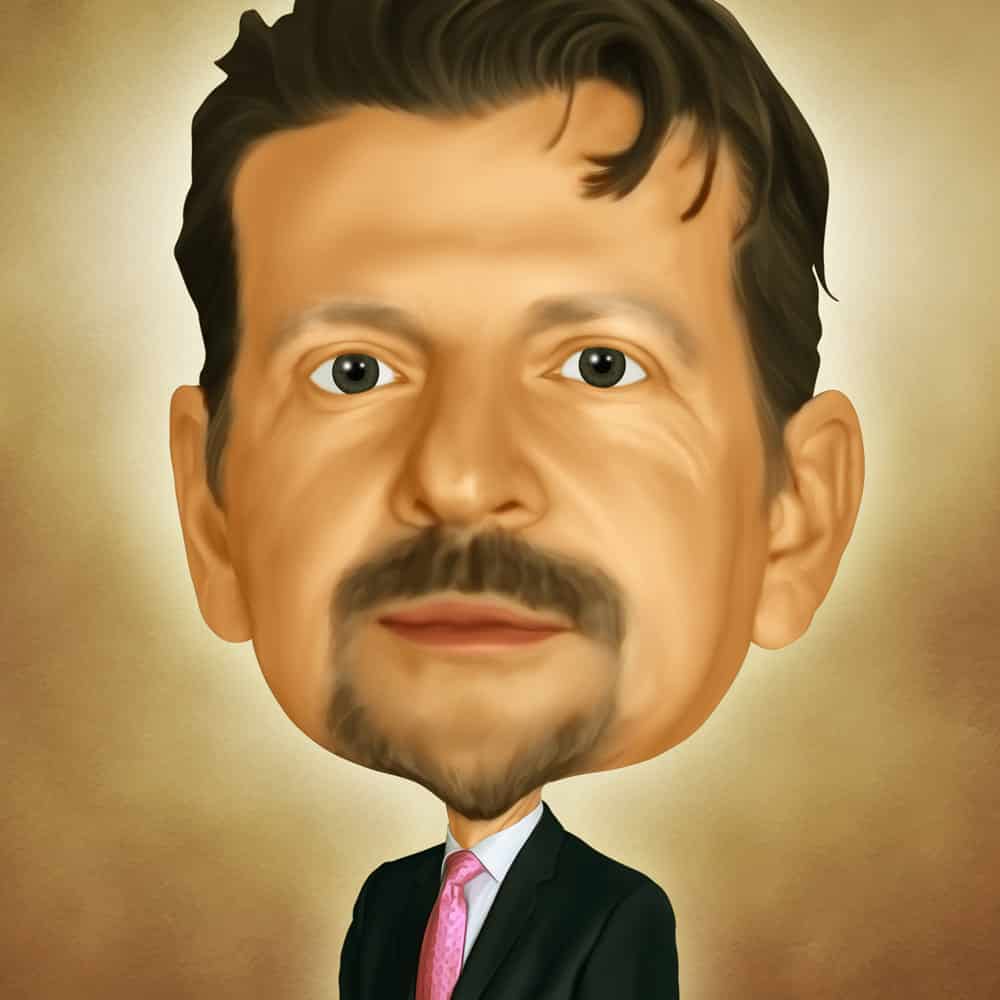 Jeff Collins entered the retail automotive industry in 1994. After turning a single point used car store into 5 rooftops and increasing the annual gross by 5 million dollars, he took on a management role with a highly reputable franchise group in 2012. Following his passion to help others succeed, he joined the Automax team in 2017. Jeff has been married for 27 years, has three children living at home, and currently resides on Keystone Lake near Tulsa, OK. 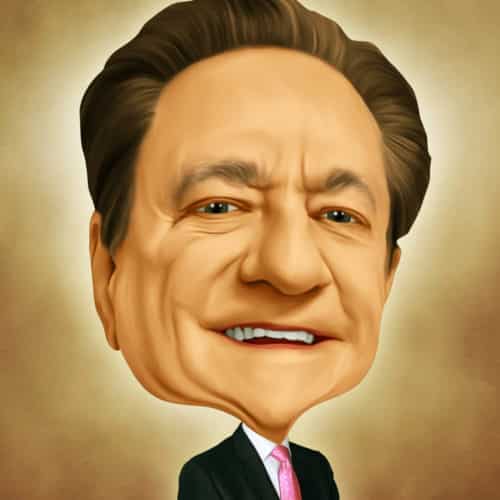 After four years in the Air Force, I worked for Firestone Tire as a production supervisor and then bought a broken down business and built it up over a 8 year period. I had the opportunity to get into a Chevrolet Dealer in Akron and do what I always wanted to do since high school. Always loved cars and got the chance to talk to people what I like to talk about! I became the top salesman in a large volume dealership and was promoted to sales manager in 18 months. After a few years, I was approached by a consulting company who did turn around deals and I joined them as a management consultant which took over dealerships and made them profitable. As acting GSM and GM I learned about how to manage all franchises. I worked as a in-house moderator for NCM as well. I started with Automax Sales Training in 2000 and have been with the company since. I have trained over 10,000 salespeople! I love what I do; training and recruiting new blood in the car business. Many of my former students are now dealers, VP of Operations, GM, GSM, Sales Managers and top salespeople. Training is the key to success! 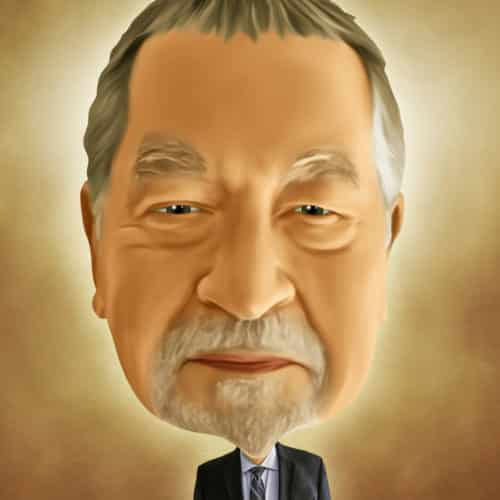 David has been in the automotive industry for 39+ years. He has been everything from a salesman to an owner. This experience gives him unique insight into what is required for success in this industry. He joined AutoMax 13+ years ago so he could share this knowledge with the next generation of successful sales professionals. 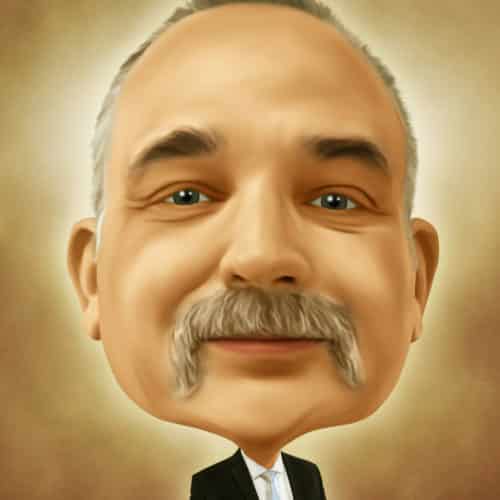 After retiring from the US Marine Corps, I answered an advertisement for car sales in Hickory, NC. As it turns out, it was a recruiter from AutoMax Recruiting and Training. In July 2003, my career in the automotive business began. I spent several successful years in sales and management. As my age crept up on me, I decided that I needed to throttle back on the hours I was spending in the dealership setting and spend more time with my wife and family. After contacting Ernie Kasprowicz, I began the final journey of my automotive career by joining the AutoMax team as a recruiter and trainer. I am literally "a product of the product". Thank you, AutoMax, for starting my career off on the right foot and ultimately giving me the opportunity to work out my senior years doing what I truly love: training new automotive professionals into the automotive industry! 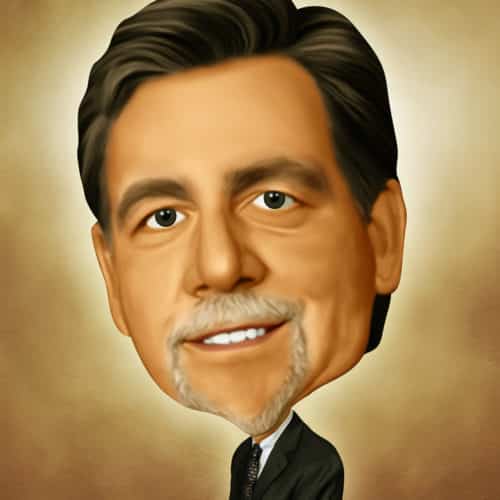 Ric was born and raised in the Midwest. While still in high school he realized he had a passion for sales and customer service. His very first job was with a company called Electrolux selling vacuum cleaners door to door. He quickly became Top Salesperson and received numerous awards with the company. It was this same passion for sales that led him into the Insurance Industry after high school. He again took a job selling door to door insurance policies with Combined Insurance, where he soon became the top producer in his territory. He realized from those experiences that he had a desire to sell “tangible” items that his customers wanted, needed and where excited to buy.

He relocated to Florida in 1986 where he began his long and rewarding career in the automobile industry. He started at a family owned Chrysler, Plymouth, Jeep, Eagle dealership as a sales rep and quickly became Top Salesperson for many consecutive months and then Salesperson of the Year for 3 consecutive years.

Ric has held numerous positions throughout the automotive industry including Sales Manager, Finance Manager and General Manager. He has recruited and trained numerous sales people who have gone on to realize and achieve their own financial success in the industry.

Ric made the decision in 2007 to join forces with Automax to be able do what he has come to love, recruiting and training others who are seeking to better their lives through financial freedom in the Automotive Industry. He brings to the table his desire to help others succeed by sharing his knowledge and tools that were not available when he started in the business. He knows that the industry is rapidly changing and that the wants and needs of the customer are at the heart of what is needed in today’s competitive market.

Automax’s beliefs and philosophies are a perfect match for the way Ric has trained and will continue to train in the future. The Automax Training and Recruiting Program helps him give back to an industry that has been very good to him throughout the years. Ric says “If I can have the chance to affect someone’s life in a positive way no matter how big or small, then I have been truly blessed by this business.” 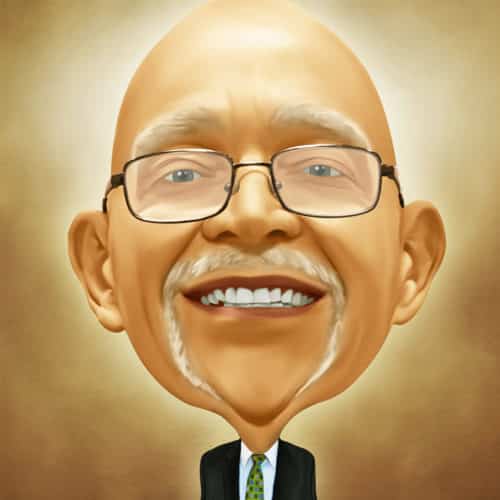 Craig S. Nicholas is a 33-year veteran of the Automobile Industry. He has fulfilled many different roles in the Car business and is now a National Sales Trainer and Recruiter for Automax Recruiting and Training. Craig is also a small business owner and operates a Used Car dealership in Northern New Jersey.
Craig has 3 adult sons and a dog named Oliver. He lives in Northwestern New Jersey. 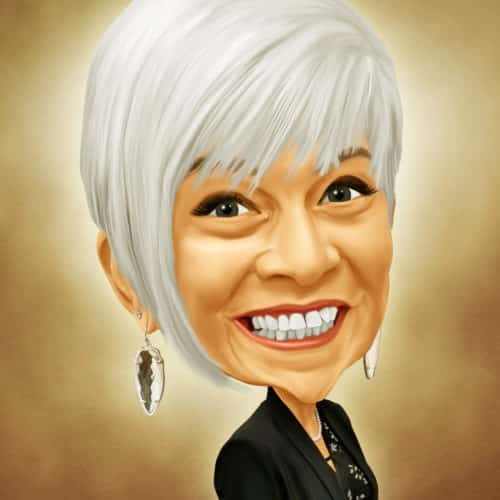 enjoys movies, theatre, working out, Dallas Cowboys -spending time with family,
Daughter, Granddaughter (who is a Roller Derby Queen in Kill Devil Hills, NC) and though without a dog at the moment is a great dog lover!
Was born in California, raised there, New York, and New Jersey - South Florida became home later for many years - in 2003 a job opportunity took me to Dallas/Fort Worth - lived there until 2016 and love Texas - got there as fast as I could! 🙂
Currently a resident of North Florida. 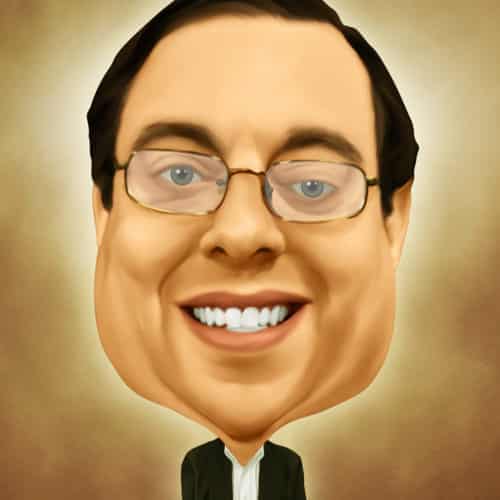 If you want to improve your life go ALL IN! Anthony Santangelo has been in the car business since 1999. He sold 3,486 cars in his career and was ranked in the top 1% in the country for CSI from 2012-2016. He is currently a National Sales Recruiter and Trainer for AutoMax. His passion, integrity, and work ethic are second-to-none, which shows in his goal of positively effecting everyone he interacts with in becoming a better person. Anthony is committed to following his lifecycle every day, which consists of learning, developing, growing and teaching. This applies not only to the car business but in his personal life as well. In his free time, Anthony is an avid sports fan and semi-professional poker player. 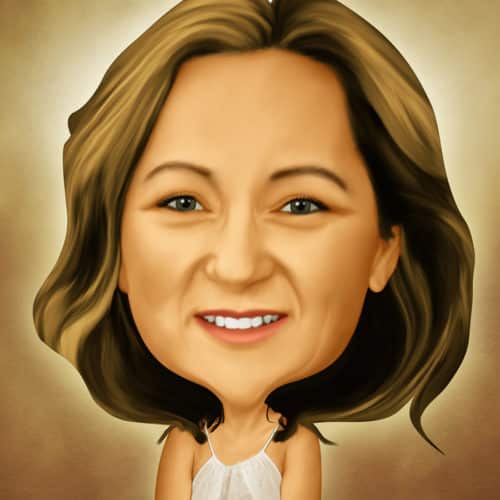 I'm a sun & fun loving wife and Mom who loves the outdoors, fitness and gardening. I have over 8 years Automotive Industry experience, starting as a receptionist in a large GM franchise, moving into sales and BDC, moving on up to the Customer Relations Manager. My ability to build rapport with others quickly lead me to obtain my first vendor recruitment position. Due to my vast experience both in and out of dealerships, I have the knowledge and experience necessary to match up the right person best suited for success with different franchises, both import and domestic. 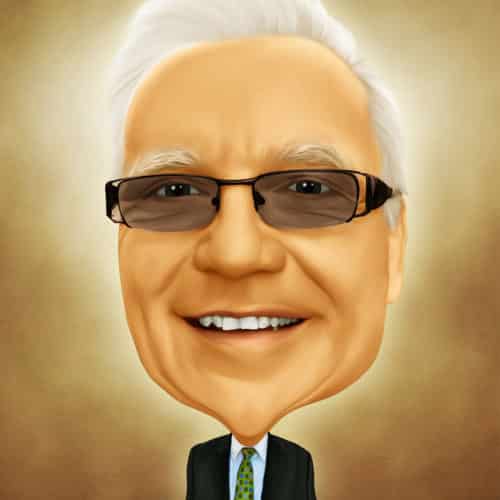 My name is Robert Stevens. I was born and raised in Upper Darby, PA. I’m a son of a great traditional family, husband, and father of two wonderful children. I grew up in a family of sales representative for electronic products and automotive car stereo installations. Prior to coming to AutoMax, I professionally worked at car stereo store and entered the automotive sales field in late 80s. I became sales professional for Bennett Chevrolet and rose to top sales producer for 2.5 years before moving to Atlantic Chrysler with management and spent 17 years there. I was their top sales producer for years, selling over 425 cars each year. I was certified gold for 14 years, became sales manager and spent three years as desk manager. In 2007, I joined AutoMax Recruiting and Training and have been traveling the country positively affecting lives. 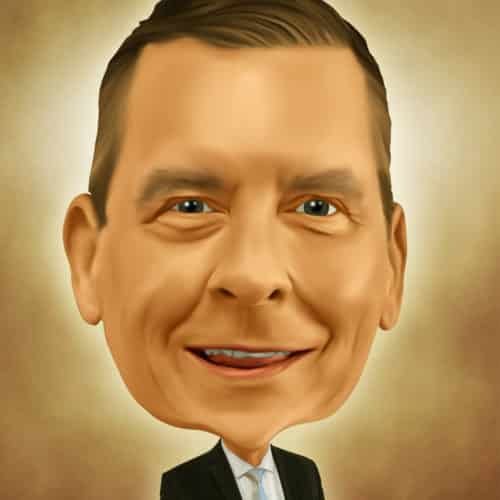 I am the proud husband of my lovely wife, Lona; we have five children and four grandchildren. We currently live just south of Baltimore, Maryland. We enjoy participating in our church, time with family (spoiling the grandchildren), golfing and fishing.

I have spent over 30 years in the auto industry. I started in sales, worked my way up through management and have held just about every position in various dealerships, including corporate trainer for a large dealer group. I have spent the last 6 years with Automax Recruiting and Training, where I get a regular opportunity to practice one of my greatest joys in life: positively effecting change in people. 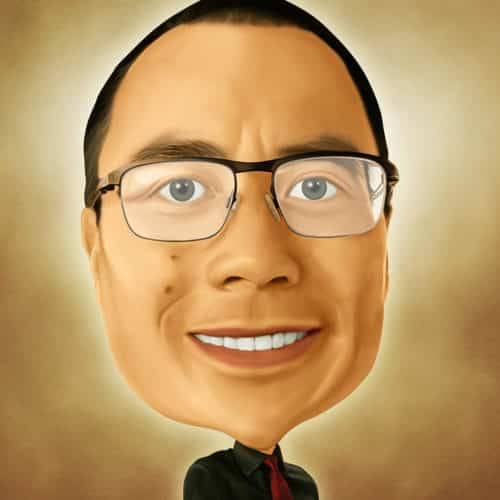 I have over 17 years in the car business, primarily focusing on luxury and exotics, as well as Peugeot. Just over three years with AutoMax, I'm currently residing near Boulder, Colorado!